History of the Guernsey breed

A thousand years ago the Vikings plundered the North of France taking their livestock with them, and became the first people to start farming in the region. The Viking cattle were naturally polled (quite an advantage as they spent part of their life afloat). These cattle gave rise to a number of Polled breeds in England. (Red Poll, Galloway and Angus). In Normandy, this characteristic was bred out, possibly because they were used as draught animals, horns being used to secure yokes. In colour these cattle were light dun, with long heads, deep bodies on short legs, they were already noted for their rich milk. 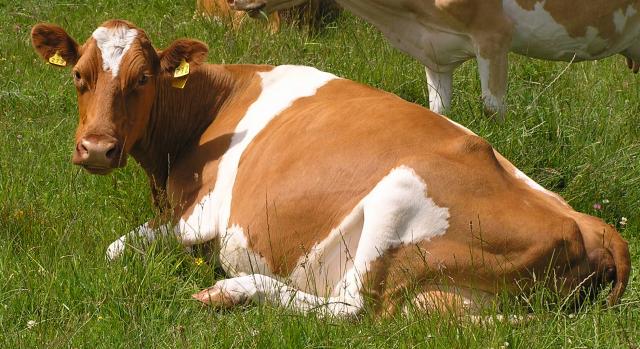 William I added the Channel Isles to the Dutchy of Normandy in about 933AD. The Feudal system, which is still alive in the islands dates from that time. In 1066 William II won the battle of Hastings, and England and Normandy were united. In 1204 King John lost continental Normandy to France, but he retained the Channel Islands which have been associated with Britain ever since.

At about this time Richard I sent a party of monks to the Islands. Not only to help the people, but to cultivate the soil. These monks took with them a breed of cattle known as Froment D.O Leon. A fawn light boned breed very similar to Guernsey. A few years later another group of monks arrived to help in the same way. They also brought with them, a much larger brindle called the Normandy. The Guernsey is said to have risen from the fusion of the two breeds. From the Froment they get fine bone, fawn coat, long straight face, hardiness and thriftiness, from the Normandy the milk yield and occasionally black noses and brindle colouring.

The Normandy breed is one of the main French Breeds. The present day Normandy cattle are dual purpose animals and are very closely related to the Jersey. 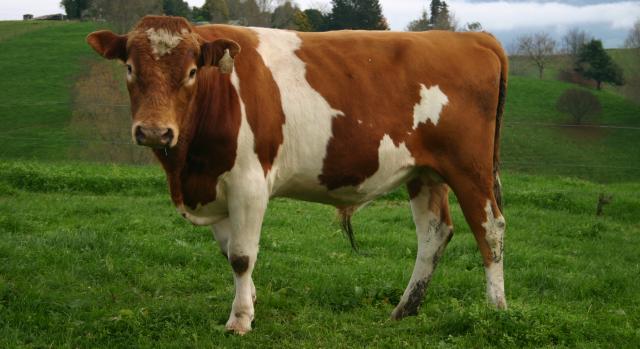 In the early 1800's all the cattle from the Channel Islands were called Alderneys. In the second half of the 18th century, the cattle were very popular and advertised as silver grey in colour. At the start of the 19th century the supply of Island bred cattle was running out. A law was passed that forbid imports of any cattle into Guernsey. This law was to protect the breed. In 1842 the Guernsey Cattle society on the island was formed. From that time on serious cattle breeding began. The breed was rapidly stabilised to produce the Guernsey of today. In 1884 with fifteen to twenty keen Guernsey enthusiasts in the South of England the English Guernsey Cattle society was formed. Cattle were also being exported to the USA and the American Guernsey society was established at around the same time.

By 1910 cattle were exported to Australia, in fact the Camden Park Guernsey Stud in N.S.W was one of the first to import pedigree cattle from the Island and England.

Guernsey cattle were exported from Australia to New Zealand in the 1920's but no breed society was formed and they were crossed with other breeds and became non-existent. In the early 1950's a group of enthusiasts got together and imported cattle from Tasmania to the Christchurch area. They formed a Guernsey Association, which ran from 1957 to 1963.

It is here where the Guernsey NZ story starts.. Click here to continue reading about our history.